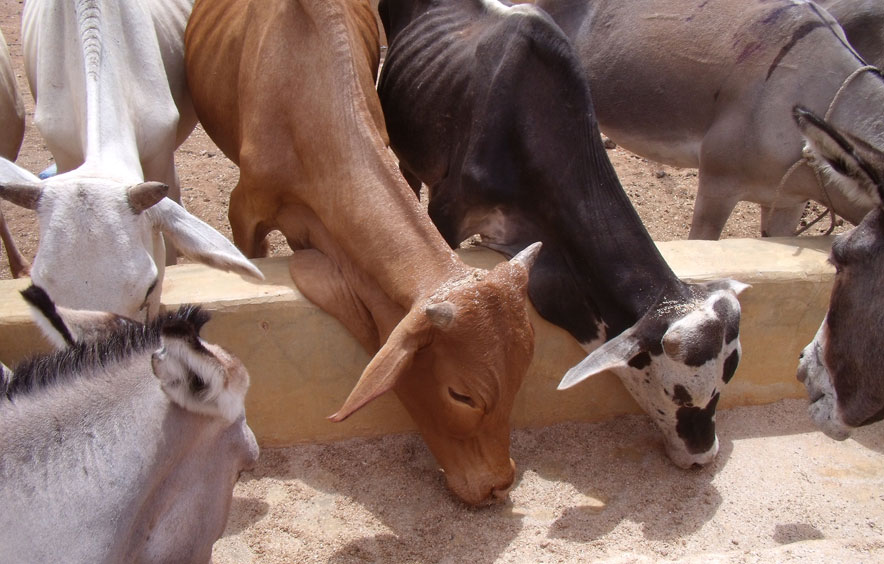 Drought victims continue to live in fear and uncertainty as the recent severe drought has killed two million livestock so far, according to a report of the Food & Agriculture Organization (FAO) of the United Nations. The primary reason for the death of the livestock is linked to a rise in drought-affected areas and people.

The current food and nutrition crisis is significantly aggravated by the severe blow to pastoral livelihoods, reads the report of FAO.

The effects of low rainfall also continue to have a devastating impact on the food security conditions of the country as the number of people who are in need of immediate assistance has increased from 7.8 million to 8.5 million, becoming the third-worst drought in half a century.

Oromia and Somali regional states remain severely affected by the drought, accounting for over half of the drought victims in eight regions of the country, affecting 10.6pc and 31pc of their population, respectively.

Also, the number of priority Weredas has grown from 454 to 461, half of which are severely affected by the drought.

The report is released as the average price of food has reached its highest level since October 2015, hitting 12.5pc in the past month, growing by an unprecedented level against the target of the government to keep the rate at a single digit.

The increase in the humanitarian need is mainly attributed to the poor performance of Belg (spring) rains this year, especially in Oromia, Somali and Southern Nations, Nationalities & Peoples’ (SNNP) regional states, where the effects of the Indian Ocean Dipole (IOD) was very high, according to the report.

Two months ago, the United Nations Office for the Coordination of Humanitarian Affairs (UNOCHA), in its report, disclosed that the food stocks of the World Food Programme (WFP), the National Disaster Risk Management and Control (NDRMC) and the Joint Emergency Operation Plan (JEOP) will be depleted owing to the deteriorating food security rate in the country.

Now with the rise in the number of drought victims, NDRMC and WFP are expected to supply 84pc of the total food in the drought-affected areas whereas the remaining will be covered by support through the Non-Governmental Organisation (NGO) consortium.

The food shortage is also exacerbated by the attacks of the Fall Army Worm (FAW), induced in some of the regions of the country, affecting 2.7 million hectares of land in six regional states.

First seen in South America, an irrigated maize farm in Yeki Wereda, in SNNP, was the first to be attacked by the FAW.

Maize, whose price has doubled over the past two months, is highly attacked by the armyworm among all crops. Of the 1.7 million hectares of planted maize in the country, about 22pc has been heavily infested, with all maize-growing areas at risk of damage.

The chance of spreading to sorghum-growing areas in Afar, Amhara, Tigray and Somali regional states is also very high, according to the mid-year review.

“We are preparing a protocol to conduct a study on yield loss assessment at the FAW infested areas,” said Woldehawariat Assefa, director of Plant Health & Quality Control at the Ministry of Agriculture & Natural Resources (MoANR).